Was born in Montreal, Quebec, Canada. Her father was an officer in the Canadian army and she spent her early years moving and having to create new communities of teachers and friends. This skill, though difficult to master at such an early age, has given her insight into and compassion for the struggles of youth and their peers. She was fortunate to encounter many different cultures being educated in different parts of Canada and Europe. She attended Concordia University in Montreal and graduated in 1969 with a B.A. in Psychology and Sociology.

Linda married in 1971 and spent a year travelling with her husband through Europe and Asia. Once again her nomadic beginnings helped her to integrate a variety of experiences, from chanting with the monks at the Dalai Lamas’ monastery in Dharmsala and learning meditation to calm the mind and body; to studying Tibetan culture and medicine in Nepal.

Upon her return, she bought and transformed a 200 acre farm into a productive organic endeavor, at a time when little was known about the benefits of being organic. At the same time she studied midwifery with her local doctor and apprenticed with him for many years. Linda had the honor of witnessing and understanding the preciousness of life and birth. She has three children, all born at home.

She moved to Florida in 1994 shortly after her eldest son was diagnosed with juvenile diabetes. In her search to understand the causes of diseases, she enrolled in The Community School of Traditional Chinese Healthcare where she received a Masters in Chinese medicine and graduated in 1998. Linda’s journey did not end there. She founded her own Center for Oriental Medicine in Boca Raton, Florida. As an acupuncture physician and herbalist she began treating patients and helping them towards wholeness and health.

Using the meridians of the body she began working with Harmonic and vibrational Medicine. This system of healing, known as Acutonics is a new system rooted in the great scientific, intellectual and intuitive traditions of the East and West. This system has the power to impact our minds, our hearts and our very beings at the cellular level. This can open us up to a healing that can extend beyond the individual to the planet itself.

Since her work in midwifery, Linda has had a special place in her heart for young woman and children. Their vulnerability and their purity must be protected and respected. Theirs is such a unique view of the world. Vibrational medicine has allowed many of her young patients to transition easily from childhood to teenager to adult; keeping them balanced in mind and body.

These young people are our future. They can reflect the best of the mentors that surround them. Linda’s greatest satisfaction comes from guiding and balancing the minds and bodies of young people towards their own health and strength. 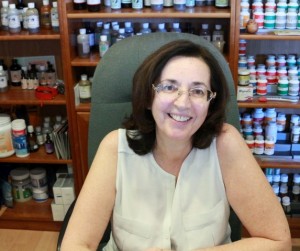 Linda L’Esperance was last modified: May 4th, 2018 by admin